The Environmental Impact of Ride-Sharing

Jori Hamilton is a writer from the pacific northwest who is passionate about environmentalism and social justice issues. You can follow her on Twitter @HamiltonJori 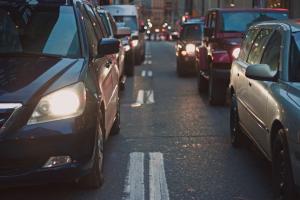 Over the last decade, ride-sharing companies have transformed the transportation industry, giving millions of Americans the option for alternative methods of transportation. As a new take on the century-old taxi industry, companies like Uber and Lyft have used technology to innovate the ride-sharing experience by making it easier than ever to get a ride. However, the new level of convenience is not Uber’s only positive contribution. Over the last few years, research on the environmental impact of ride-sharing has demonstrated the industry’s effect of taking cars off the road, therefore reducing greenhouse gas emissions.

The Growth of Ride-sharing Platforms

Uber Technologies was founded in March of 2009, introducing the ride-sharing technology that allowed users to hail a cab with the press of a button on your phone. Introduced as Ubercab, the company debuted its services in San Francisco the following summer, and within the next several years, the company expanded its service to hundreds of metropolitan areas around the world. The company has recruited 750,000 independently contracted drivers in the U.S. who choose to work when they want; however, even if these drivers are working 40 hours or more each week, they are still required to pay self-employment taxes without assistance from Uber.

The biggest differences between Uber and their competitors is mostly a matter of business practices. Although Uber was the first ride-sharing company, they’ve been the subject of controversy regarding devious scheming designed to thwart competitors, poor treatment of drivers, misleading workers on potential income, insufficient background checks and training, and an unpleasant company culture. Uber is notorious for not taking care of their drivers, using a top-of-the-line legal team to get out of paying accident injury claims for their drivers.

To increase their competitive edge, competitors like Lyft, Curb, and Sidecar all strive for more ethical practices. By small margins of better pay and a higher dedication to renewable energy, Lyft is largely recognized as a slightly more ethical ride-sharing option than Uber. As ride-sharing has grown, major automakers have been eager to get into the industry action by partnering with these companies. Today, rather than offer their employees corporate cars during business trips, some companies give their employees credits for ride-sharing instead.

Ride-sharing remains exclusive to people with smartphones, as there is no way to use the platform without downloading the app. Because of this and other factors, in places with high-functioning public transit, people may prefer to take the train or bus, which can be cheaper and often faster than hailing an uber. However, because public transit in the U.S. is largely inefficient, the ride-sharing industry has bridged public transit gaps for those who either don’t have personal vehicles or simply prefer alternative transportation.

Public transit has a much lower environmental impact than personal vehicles. Although there have not yet been extensive studies on the environmental impact of Lyft and Uber specifically, other studies on ride-sharing have found that these services help keep more cars off the road, with the average user cutting their greenhouse gas emissions by 10 percent simply by using the service. With the option of ride-sharing, people have opted to either not purchase a car, or simply to leave their car at home for most inner-city trips, using it only for longer drives.

Like every other industry, especially the transportation industries, ride-sharing has experienced pressure from eco-conscious consumers to reduce their environmental impact. In 2018, Lyft announced it was committing to full carbon neutrality and 100 percent renewable energy through their Green Cities Initiative. This initiative was a multi-million dollar investment that hoped to offset over a million metric tons of carbon. However, Uber has yet to make any similar commitments, settling on simply being a service that helps take cars off the road through ride-sharing and carpooling options.

With newer cars becoming more energy-efficient in general, regulations are seeking to mandate a certain level of efficiency out of all new vehicles. At a U.S. Environmental Protection Act and Department of Transportation National Highway Traffic Safety Administration hearing, the first-ever national limits on global warming pollution from cars and strengthened fuel economy requirements were proposed. These standards would mandate new vehicles to average about 34.1 mpg in 2016, an increase of eight mpg from the average car model in 2008.

This change has the potential to further reduce greenhouse gas emissions in the future through its application in ride-sharing. Although Uber and Lyft both have policies that require drivers to use car models that are less than 10 years old, depending on the city, many of these cars are less gas efficient than newer models; and as more drivers transition to newer vehicles, the environmental impact of ride-sharing will be reduced even further.

The ride-sharing boom has experienced a lot of success in the last 10 years, taking the transportation industry by storm. Although the service was initially designed to provide an element of convenience to the public, its success has had the added benefit of reducing greenhouse gas emissions by reducing traffic and keeping personal vehicles off the road. There is a lot that remains to be done in regards to public transit options in the U.S., but until more options are provided and stricter car regulations are enforced, ride-sharing provides a viable transportation option for eco-conscious consumers.