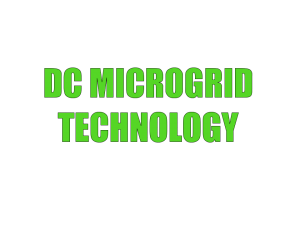 Independence LED Lighting developed its first Direct Current (DC) powered LED fixture series in 2015 for an industrial facility. The DC LED fixtures are “driverless” with 24 volt DC wiring from a “Power hub Driver” (PhD), which is provided by their strategic partner Nextek Power Systems. Together, they are at the forefront of DC Microgrids, with the proven systems that leverage high efficiency power converters and smart controls to optimize energy usage while drawing power from renewables, batteries, and/or the grid. The technology reduces the payback time for lighting return on investments (ROIs) and improves control functionality, yielding the most practical solution for powering LEDs for facilities across the public and private sector. 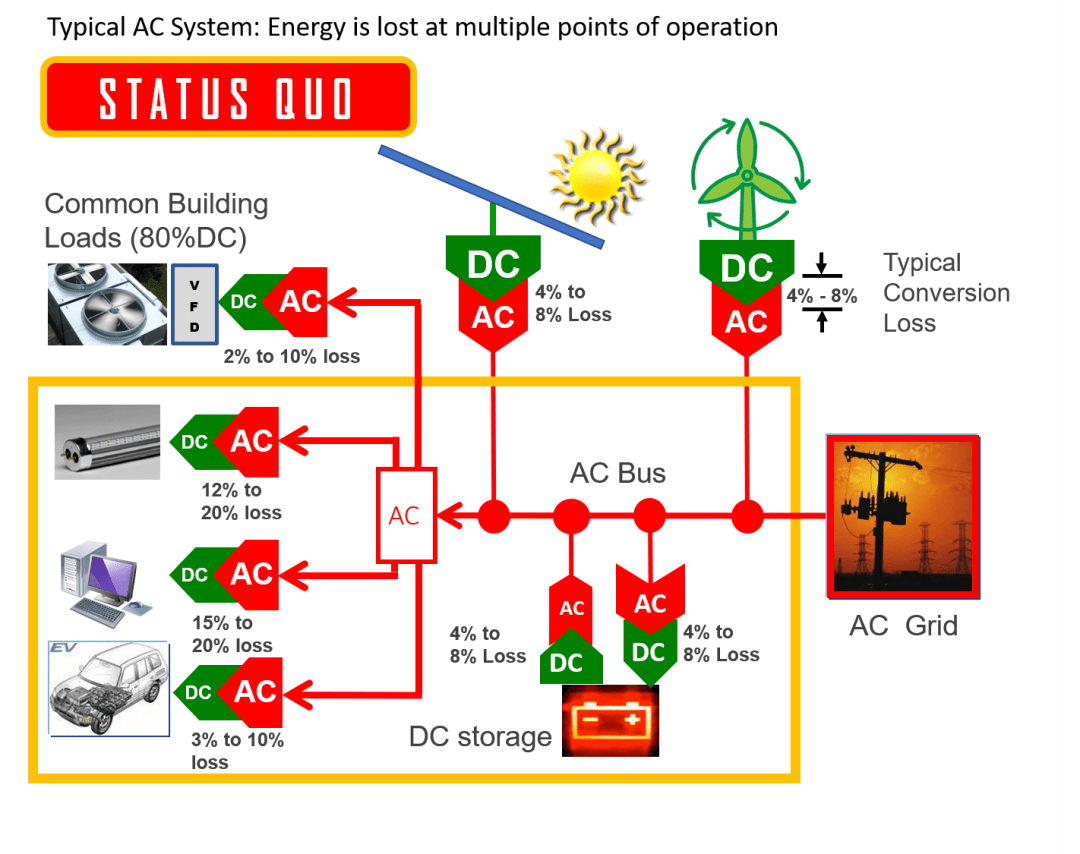 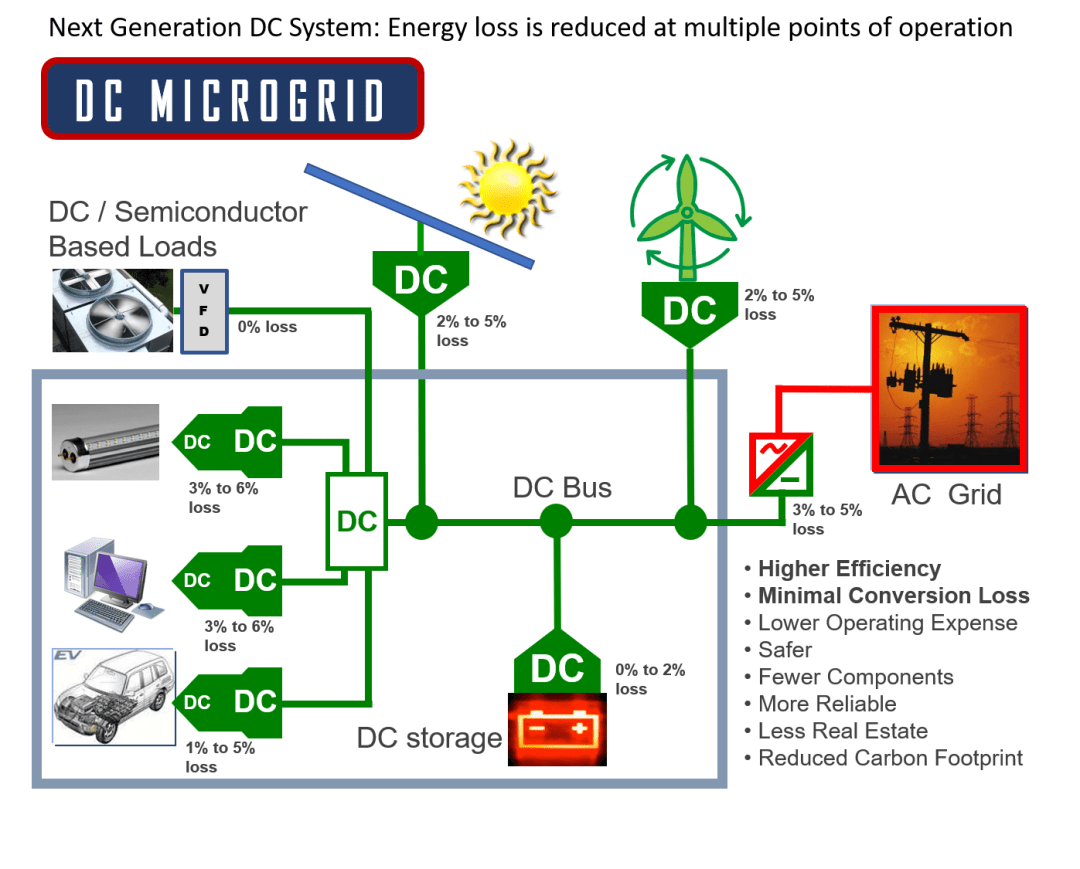 Lighting typically accounts for about 25% of commercial energy use.

DC based power distribution, lighting, and controls technology offers the most efficient use of energy available.  For the Independence LED Lighting / Nextek system, this is achieved by eliminating the traditional LED ‘driver’ in each fixture and replacing it with a centralized “Power hub Driver” that provides control and fixture power at a higher efficiency than any stand-alone driver.  This approach also saves significant maintenance cost over time since drivers typically require replacement long before the LED chips are spent.

A significantly improved Total Cost of Ownership (TCO). Beyond the driverless approach, use of safe-to-the-touch Class 2 wiring allows for a much more simplified labor installation as compared to traditional AC methods. Use of simple 2 conductor wire can be installed with Low-Volt or General Trades labor resources.

Facility owners and managers save both time and hourly rate costs, as compared to traditional electrical labor.

By establishing a DC microgrid based backbone to power lighting, controls and other loads, it can be easier to connect additional power sources to the DC buss such as Photovoltaic (PV) solar, DC power from wind driven generators, fuel cell generators or all 3 renewable sources.  By basic engineering of DC voltage performance, a DC bus can be very effectively managed. Accomplishing the same with AC technology would require use of less reliable inverters that then require phase management to work with other systems.

DC Microgrids and the Virtues of Local Electricity

Report on DC Microgrids by: The Institute of Electrical and Electronics Engineers (IEEE), the world’s largest technical professional organization dedicated to advancing technology for the benefit of humanity. Some examples of the vast benefits to DC Microgrid technology include…

With the decreasing cost of electricity generated by photovoltaics and wind turbines, DC microgrids may be the most efficacious way to provide electrical energy to those who have none. Just as cell phone use in the developing world exploded without the prior installation of landlines, DC microgrids could leapfrog over the traditional system of centralized AC generation. The market for microgrids in the developing world could be huge, and the benefits they would bring to what are now grossly underserved regions are monumental.

One of the few resources now available is the EMerge Alliance, an organization of more than 100 member companies interested in fostering the development of DC microgrids for commercial buildings. Alliance members are working to speed the adoption of this approach to improving energy efficiency, in part by setting relevant standards which fight the antiquated building codes that make it difficult to set up the infrastructure needed for generating and distributing DC power locally. While AC is still the most efficient means to move electricity over long distances, the “local” power with DC microgrids wastes less electricity to optimize efficiency and performance.

For more information on this technology, visit the Independence LED DC Microgrid webpage.