Is There Such a Thing as Ethical Mining? 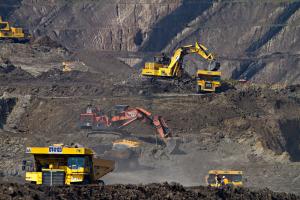 Without metals and minerals, the human experience would be much different. Humankind uses more than 90 metals and mineral commodities, ranging from stone and coal to petroleum, gold, and salt, during the course of everyday life. Mining is essential to humanity’s continued survival, but its negative impacts cannot be overlooked.

Mining is problematic in terms of both environmental and public health, posing a variety of ethical questions. Generally speaking, the mining process destroys natural habitats and contributes to air pollution, while also putting worker lives at risk. Some researchers have even postulated that mining will always be unsafe, as long as company profit remains the primary goal of mining.

But what can be done, from an ethical standpoint? Is it even possible for mining to be considered ethical, as long as companies continue to be motivated by profit and aren’t always held accountable?

From the Business World to Social Justice: Defining Ethics

To better understand what’s at stake, it’s important to cultivate a clear definition of ethical business practices. An ethically minded company is one that considers the environment and social justice when making business decisions. And many times, mining enters into the equation, as exemplified by the jewelry industry, which wouldn’t exist without the process.

Unfortunately, human rights violations are rampant within the field of gemstone mining, crucial to jewelry making. Even in 2021, child labor is common, wages are low or even unlivable, and hours are long. In order for the mining of gemstones for jewelry to be considered ethical, companies must not exploit workers or cause damage to the environment. Supply chain management is a key part of the process as well, and company leaders need to be aware of the ethical standards of their suppliers, especially when mining is involved.

The Hazards of Mining

As far as careers go, mining is among the world’s most dangerous. While the modern mining industry is inherently safer than in the past, fatalities and lost-time injuries remain common. According to the Centers for Disease Control and Prevention (CDC), miners are also at a high risk of developing various occupational illnesses and diseases, including hearing loss, repetitive trauma, and respiratory conditions.

While on the job, miners are regularly exposed to dangerous materials and substances. These can be man made or naturally occurring, such as asbestos. Prolonged exposure to asbestos dust puts workers at risk of deadly lung cancer and mesothelioma. If mining is to be considered ethical, companies need to find ways to better protect their employees from exposure to asbestos and other hazardous materials that pose a serious health risk.

From an ethical standpoint, mining company CEOs must also work to mitigate damage to the environment. As it stands, the global mining industry is currently responsible for between 4 and 7% of greenhouse gas emissions worldwide. Reducing these numbers will be critical in the continued fight against climate change.

Ethics and Sustainability Into the Future

In terms of environmental stewardship, real change must first come from cities and governments themselves, as well as mining companies. Mining companies must be held accountable for their environmental impact, and they must actively look for ways to reduce pollution and carbon emissions. And make no mistake: the mining industry leeches plenty of toxic waste into the surrounding environment.

To incite change, legislators can reduce waste by removing any tax incentives for wasteful, unethical mining that are currently in place, and ensure that recycling is more cost-effective than wasting resources. Mining CEOs can do their part by actively looking for ways in which to reduce waste by mindfully managing resources and reforming outdated policies.

Yet as far as ethical mining is concerned, reducing waste and improving sustainability is just the beginning. Human rights must also be taken into account, with the safety of mining workers given the highest priority in terms of improving the mining industry for the better.