The Inevitable Merge Towards Urbanization And How We Can Maintain Sustainability 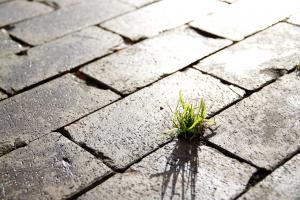 As the world’s population continues to grow and technology progresses, the inexorable march towards urbanization is becoming more apparent with each passing year. Eventually, more and more people will make the move from rural areas to urban centers, and the world’s largest cities will continue to expand.

While urbanization isn’t necessarily a bad thing, it is important that, going forward, these expanding urban areas take measures to ensure that sustainability is a driving force in their planning decisions. This must be done, not only for the sake of the environment, but humanity’s overall health and well-being.

The Prevalence Of Urbanization

Urbanization is increasing across the globe due to a variety of factors. These include increased employment opportunities thanks to industrial growth and the allure of modernized infrastructure as well as the higher standards of living and better access to healthcare inherent in more urban areas. Urbanization, however, doesn’t provide exclusively positive effects. It can also result in increased environmental hazards, traffic congestion, and higher rates of poverty. These negative effects can often be mitigated with appropriate city planning, but many urban centers are experiencing huge population booms and are unable to keep up with the pace.

This lack of planning makes it difficult for people and businesses to invest in sustainable properties within a city, simply because, only new construction in cities has the opportunity to be built with sustainability in mind. Despite governments urging businesses and citizens to go green, many older buildings in urban areas are inefficient and it would cost a huge amount of money to renovate them. This is why it is so important for city planners to make concerted efforts towards expanding cities with sustainability in mind going forward.

As the world’s cities grow, there are plenty of ways they can do so in a manner that puts sustainability first and that will remain effective for decades. By focusing on installing a sustainable infrastructure, high-quality public transportation, and walkways exclusive to pedestrians and cyclists that will allow them to easily transverse the city, the overall carbon footprint of a city can be significantly reduced. Additionally, cities can invest in vertical gardens and urban trees which can help to offset temperature extremes, remove carbon from the air, and provide local food, ensuring that food doesn’t have to travel hundreds or thousands of miles to reach its destination.

How Urbanization Will Affect Our Health

In more rural areas, maintaining a sustainable home and reducing one’s carbon output can be significantly easier than in urbanscapes. Putting solar panels on top of a house outside of town, for example, can help to significantly offset carbon footprints and keep the local air and water clean. This can be far more difficult in cities, however. The presence of industrial plants, congested motor vehicle traffic, and other fossil fuel burning activities contribute to air and water pollution on a massive scale.

Not only does the pollution so prevalent in urban areas harm the environment surrounding it, but it also does serious damage to the people who live in the area. Particulates from burning fossil fuels and harmful gasses can exacerbate symptoms of asthma, cause irritation to the skin and respiratory systems, and can even lead to serious medical issues like lung cancer, cardiovascular disease, and chronic obstructive pulmonary disease or COPD. While conditions like COPD can be treated with certain prescription medications, the future of urban life will ideally focus on reducing pollution and increasing sustainability to a point wherein the dangerous health effects of particulate and gaseous pollution won’t be a worry.

If we want to take an example from our international neighbors on how to build sustainable, healthier cities, we only need to look at Singapore and Seoul. From its inception, Singapore was designed with sustainability in mind, which can be seen in the way that they use their water. Without resources of their own, Singapore has to import water from neighboring countries, and as such, treats it like the precious commodity it is. In Seoul, a city of over 10 million people, it is completely unnecessary to own your own vehicle. Thanks to their comprehensive and extensive public transit systems, you can get anywhere by subway or bus.

For all of the care that many humans put towards conservation of the environment, we still frequently bow down to our human nature. The perfect example of this is our love of instant gratification and convenience. Ecommerce has evolved to the point where people never really need to leave their homes to get about anything that they want by ordering online. This deep love of convenience has troubling implications when it comes to sustainability.

The items that people order online have to come from somewhere, and that means that individual shipments are being delivered daily to those who’ve ordered them as opposed to the large shipments of brick and mortar stores. This problem is compounded for those living in urban areas. Humanity’s love of eCommerce leads to severe congestion in urban areas. The short timelines placed on the delivery of items causes thousands of delivery vehicles to sit idly in traffic every day, burning fossil fuels.

Aside from the issue of transportation, items purchased over the internet require a huge amount of packaging for individual shipments. While the majority of these packaging materials are recyclable, this huge increase can put undue stress on a city’s recycling program. One of the major benefits of urbanization is that commercial retail stores are usually located relatively close-by, but instead of capitalizing on this proximity and taking public transit or riding a bicycle to the store, people are far too content to order even the most frivolous of purchases online.

At the end of the day, urbanization is just a fact that must be accepted. That doesn’t mean that we need to sit idly by, however. Instead, we can take action as our cities grow to ensure that they are sustainable for years to come.