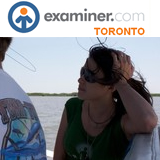 ARCA driver and environmental activist Leilani Munter, 34, expects to do at least five more ARCA races this year, pending sponsorhip. She was hoping to be back on the track at Pocono Raceway on June 5th, but sponsorship didn’t materialize. According to Munter, it is looking good that she will return to her Mark Gibson Racing Dodge later this year. She says, "I have good race cars waiting for me, just need some corporate support.”

"Tim Cindric of Penske Racing connected Leilani and Mark Gibson Racing
last year; to see if they could put something together with Munter. They were not able to get sponsorship in time to work together in 2009. After keeping in touch throughout the year, Mark Gibson says, “Leilani was able to secure sponsorship from NextEra Energy for the Daytona test in December and GREENandSAVE for the race in February.”

Gibson said having Leilani drive for his team has opened doors that would not be accessible with other drivers. “The fact that she is a female in a male dominated sport definitely helps. But more important is the role she has taken with the green energy cause. There are a lot of companies out there who are trying to make their products and services more eco friendly. Leilani is at the forefront in helping these companies move in that direction.”

Munter developed the Eco Dream Team in 2006 when she realized that she wanted to use her race car to carry environmental messages. Munter said, “It finally came to life at Daytona when I had a collaboration of six different eco friendly, forward thinking companies come together to get my race car on the track.”

GREENandSAVE is her primary sponsor and LED Savings Solutions and Eco Academy are on board as associate sponsors. At this point, their commitment was for Daytona only. Munter has several green companies in discussions for future events in 2010 and 2011.

Munter’s immediate plans are for as many televised intermediate and speedway ARCA races that she can get. After that, Munter & Gibson would like to move to the NASCAR Nationwide Series, but it is really dependent on how many ARCA races sponsorship will allow her to run this year. The number of races is dependent on her LED lighting partnership with GREENandSAVE, and how their accounts progress.

NASCAR has been attempting to make some adjustments to become more eco friendly. One of the areas where they hope to make improvements in 2011 is fuel injection and ethanol.

“I think the move to fuel injection is great, because that is what today’s street cars are using and traditionally racing has been a test bed for new technology,” Munter says. “By having race cars that are fuel injected, I think that will lead to more innovation in that area, since fuel mileage is such an important part of strategy in winning races.”

“I am definitely supportive of biofuels, but not all biofuels are created equal. Corn based ethanol is a step in the right direction, but it would be much better if it was a cellulosic ethanol. It doesn't use up a food source and can be made from anything with cellulose, like fast growing switch grass. While taking much less energy input to derive the end fuel. Anything that moves us away from foreign oil and helps bring attention to biofuels is great.”

Munter tells me that one of the quick changes she would like to see NASCAR make is, “having all the haulers running on biodiesel, made here in the USA. Algae based biodiesel is an amazing resource, because each algae particle is 50% oil and it can be grown very quickly. In a very small amount of space only using water and light.”

Oil has kept Munter in the headlines a lot more than driving race cars, as of late. Munter has recently returned from the Gulf of Mexico, where she had been keeping a video diary of how oil has affected the lives of the people who live and make their livelihoods in the region.

Munter has quoted Charles Darwin in saying, “It is not the strongest of the species that survives, nor the most intelligent that survives, it is the one that is most adaptable to change.” In the spirit of Darwin, Munter says, “It is time for us to utilize our intelligence to change, to adapt the way that we are living on this planet.”